Preservation of biodiversity is important to us all. The UN estimates that, of the eight million or so species of plants and animals, up to a million will be threatened with extinction in the coming decades. There are a variety of reasons for this: monocultures in agriculture and gardens, the use of chemical fertilisers, environmental pollution and climate change are just a few of them. The effect on us will be massive if we do not counteract the extinction of species and change our thinking.

Dramatic decline in biodiversity
Extinction of species is not just a phenomenon of the modern age. Enrichment of the atmosphere with oxygen, significant cold spells, the rise and fall of the sea level, volcanic activity and the suspected impact of asteroids are just some of the momentous events that have caused mass extinctions. The extinction of species is therefore nothing new. But, depending on the species and the estimate considered, the rate of extinction is now at about 100 to 10,000 times that of the natural figures, which amount to the extinction of 1–3 species a year. Scientists have determined that in Germany one third of the insect, millipede and spider species have already died out. The number of animals has also fallen dramatically: in forests by a third, in grassland even by two thirds, according to a Tagesschau report at the end of October 2019. The picture is similar for bees and butterflies, too. The drastic rate of extinction of species at the moment is caused by human beings, and those causes are varied. Three quarters of the natural areas on the continents have been changed significantly by human beings, in the oceans that figure is two thirds. According to a UN report, agricultural harvests have quadrupled since 1970. Logging has increased by almost 50 percent. 60 billion tonnes of renewable and non-renewable raw materials and resources are extracted every year – almost twice as much as in 1980. The total area covered by cities is now twice as large as in 1992. Plastic waste pollution has increased tenfold since 1980 and large quantities of heavy metals, toxins and other waste materials from factories are ending up in bodies of water, according to the report.

The long-term consequences for us are difficult to imagine: we are at the end of a food chain. With dwindling biodiversity, our variety of food will be significantly smaller in future and sources of food will simply disappear. With the decline in the variety of species, we will also lose sources of medication, as we get our medicines from the plants on Earth. And we are already suffering from crop failures due to climate change. The estimated annual value of the global crop harvest which is at risk from the decline in the populations of pollinators is between EUR 210 and 515 billion. In China, insects are dying out to such a dramatic extent that the flowers of plants have to be pollinated by hand – although human beings come nowhere close to the pollination rate that bees would achieve in the same time. The loss of biodiversity is not purely an environmental issue, but is also affecting development, the economy, political stability and social factors such as flows of refugees. The national and global efforts and concessions of governments and the agreed climate protection targets unfortunately fall very short of the mark when it comes to stopping climate change and counteracting the extinction of species. It is time for scientists and the climate activists of the “Fridays for the Future” movement to be heard and to take more extensive, concrete measures to maintain the planet Earth in a habitable state for future generations. Moreover, every one of us has the opportunity to change things in our own “microcosm” and make a contribution to securing the future of the Earth.

The sera Environment Day
We at sera take our responsibilities very seriously. As an environmental technology company, we are always striving to benefit the environment with our products – whether it is in wastewater treatment, in the field of alternative energies or in processes for saving water. We have internalised our guiding principle “We create added value for people and the environment”. With bike leasing, we are encouraging our sera employees to switch from the car to the bike, we are gradually converting our vehicle fleet to electric and hydrogen mobility and we always have an eye on the environment. The main sera site has large green spaces which we have left to nature as far as possible; planted with apple trees it borders directly on a stream with lots of undergrowth and retreat for animals of all sorts. But that is not enough for us, so we set up the sera Environment Day several years ago. Initially it was a day of action when we at sera devoted ourselves to one project – collecting rubbish on site or cutting back weeds in the neighbouring woods to give the young oaks planted there room to grow – we simply rolled up our sleeves.

But two years ago we decided to devote the Environment Day to the topic of “biodiversity and preserving species”. Since then, we have run one day in early spring and another in late autumn. Our aim was and still is to create living space for animals and thereby to ensure that many species can live safely and in a way appropriate to them.

Although this was a lot of work, as a team we have created something really special – also thanks to the experts who work at sera: some colleagues are apiarists and gave us great advice when it came to creating the meadows, other colleagues made wild gardens and areas that protect certain species. Not only did we benefit from this, nature does too. Since the first of the “new” Environment Days, we have been using the date in autumn to make everything ready for winter: more leaves are provided for the hedgehogs, the bird boxes are checked but left in place for dormice, and the insect hotel is refilled with material. At the end of February, all the areas are made ready for spring. The bird boxes are taken down and cleaned – so that they do not still smell of human beings in spring and the birds can move in, the meadows are ploughed and prepared for sowing and the insect hotel is also cleaned and filled with completely new material. With our Environment Day, we show that everyone really can make a contribution. We are proud to create added value for people and the environment, and we hope that many readers will follow our example – nature will thank us for it!

We used the first day to build various places of refuge, nesting sites and opportunities to find food:
• A 5* insect hotel is available for various insects and spiders, away from the hustle and bustle of sera. We have set up the individual floors in
different ways to provide appropriate living space for various species such as bumblebees, earwigs, spiders and many other animals.
• For spiky quadrupeds, we have created hibernation facilities made of stones, dead wood and leaves.
• A total of 20 homemade bird boxes were put up at the two sera sites in Immenhausen.
• In addition to a large meadow, we have created small areas with bee-friendly flowers and plants all over the site. 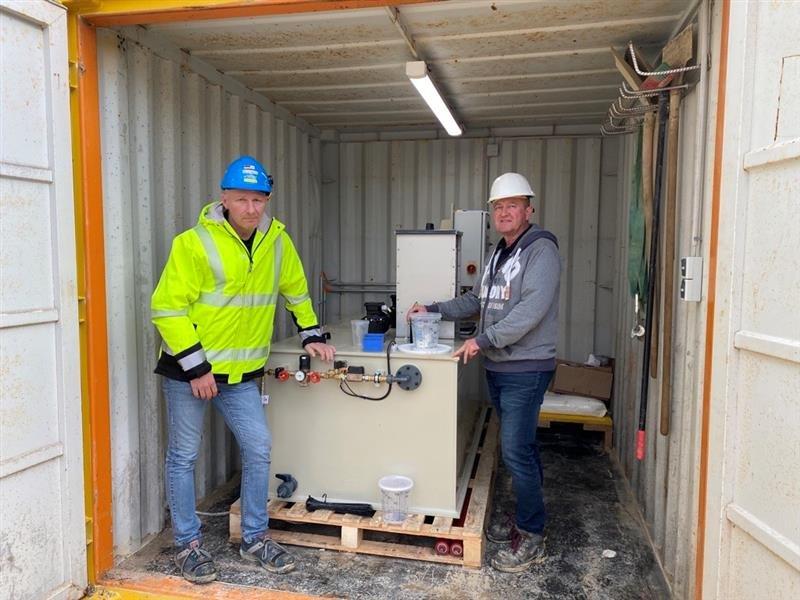 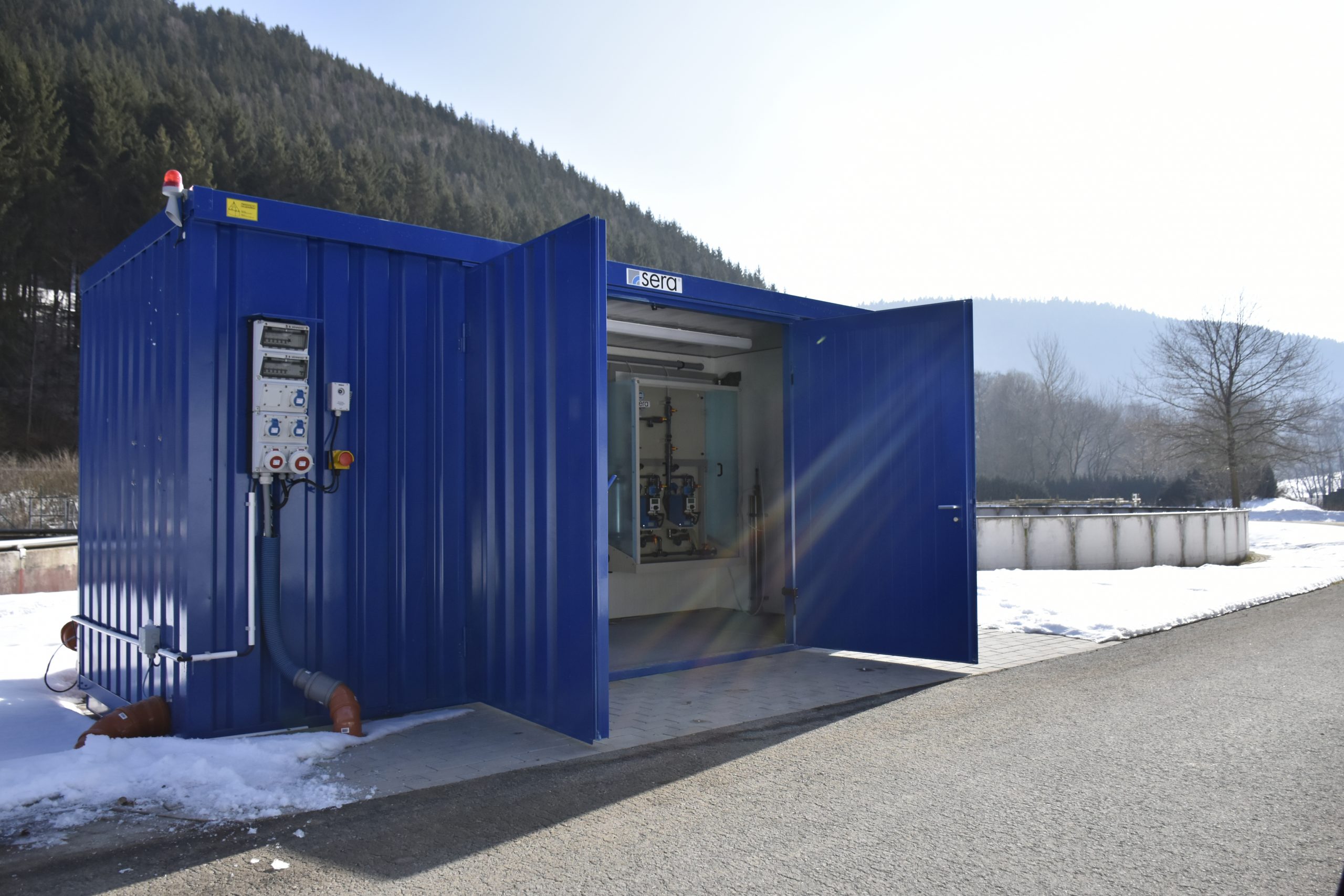